Public Transit in Canada and the Joy and Challenges it Brings

Public transit in Canada can be an unexpected source of stress or adventure to immigrants.  This post includes 12 things that you need to know to make your commute safer and more enjoyable.

This post is based mainly on my experiences in Metro Vancouver.  But my limited trips to Greater Toronto Area show similarities in the system used in at least these two cities.

Before anything else, let’s have a look at some informational videos from Metro Vancouver’s Translink System:

When I arrived in Canada in 2011, I had a colored phone with a small screen and no internet capability.  I then had to plan my routes properly before leaving the house during my first few weeks in Canada.  I remember using the Translink Trip Planner a lot. If my memory serves me right, Google maps and the like were not yet that popular.  The widespread use of data and wifi takes most of the stress away.  But knowing these 12 things about public transit in Canada will help you enjoy the ride.

Typing that sentence feels funny.  It shouldn’t even be a point of discussion because it is obvious.  But, in some countries like the Philippines, drivers stop anywhere.  In Canada, buses stop at their designated spot only.

Not all buses pick up or drop off passengers at all stops.  Express buses have fewer and farther stops.

The only exception to this rule is when a passenger requests a different stop for safety reasons from 9 p.m. to 5 a.m. Otherwise, no amount of waving will encourage a driver to pick up or drop off passengers in non-designated areas.

2. Drivers Do Not Wait

Canadians are nice and polite.  But don’t expect bus drivers to wait for you.  They follow tight schedules and will leave at the designated time.

I have seen instances when a passenger reached the bus stop as the door is closing or as the bus is about to leave.  Most of the time, the bus driver ignored the passenger.  Pleading, swearing, or hand movements did not make the driver change his or her mind.

3. Fares Paid in Cash on Buses Can Not be Used For the SkyTrain, Seabus, or West Coast Express

The system is not seamless.  If you used cash to get a transfer ticket on a bus, you can use this to transfer between buses.  But you can not use this on the SkyTrain, SeaBus, or West Coast Express even within the same Zone.

In Metro Vancouver, system-wide Wi-Fi design for SkyTrains and buses is still being developed.  Rogers and Freedom Mobile customers have limited LTE access on Skytrains and in stations.  Shaw Open Wi-Fi is now available at both SeaBus terminals and SeaBuses.

5. Information on Bus Schedules is Available in Several Ways

The photo above shows a more high-tech bus stop.  It shows the real-time next bus departures on the electronic panel and the weekly bus schedules on the printed panel.

Real-time bus information is enabled by satellite tracking on buses.  Information can also be obtained through the Translink Next Bus App. Another option is to text the bus stop number and bus route to 33333 to get the next two departure times for the route. For the bus stop and route in the photo, text 61036 R1 to 33333.

Knowing the next bus departure is very useful during winter. You will need enough time to walk to the bus stop but do not want to be exposed to the harsh weather for a significant amount of time.

6. Bus Routes and Stops Can Be Confusing

Buses that travel the same route will have the same number.  Make sure you check the destination indicated in front of the bus.

Bus stops are usually located across each other for the same bus routes.  Make sure you have the right orientation.

If unsure, ask the driver or a fellow passenger.  Most, if not all of them, are helpful.

One of the things that amazed me when I came to Canada was the kneeling bus.  Its technology can lower down the entrance and make the front door closer to the curb.  These buses are also equipped with a ramp at the front door.  This system safely and efficiently accommodates baby strollers or mobility devices.

To me, these buses speak of Canada’s commitment to inclusion and empowering differently-abled people.

In the Philippines, people with mobility challenges do not have this privilege. They will have to compete with other people to get on a bus and do not have reserved seats. The only way that they can comfortably travel with their mobility aid is by private vehicle or taxi. This somewhat puts a limit on their and the nation’s capacity to use their talents. (This is based on my observations when I was still living in the Philippines and from my infrequent visits thereafter. I would be glad to know if this has changed. Please send me a note.)

8. Public Transit in Canada is Safe but Always be Alert

Canada is widely known as one of the safest countries in the world.  But remember that bad things can happen anywhere, even in Canada.

Fortunately, I have only experienced uncomfortable situations during my commute.  A few years ago, I took a course that ended at 9 p.m.  I had to take a bus, a Skytrain, and another bus to get home.  Those were “interesting” rides as I have encountered a few drunk passengers.  I remember an instance when a guy landed on my feet as I was walking down the stairs.

Incidents of racism, harassment, and other malicious acts do happen in public transit in Canada.  Always be alert.

9. Public Transit in Canada is Equipped with Safety Features

The good thing is that the transit system is equipped with layers of safety features such as CCTV and communication systems.

Cameras are installed on Skytrains, Seabuses, and buses.  CCTV cameras are also mounted in stations.

Each vehicle is equipped with the ability to access 24/7 emergency support.  Buses and Seabuses have an on-board communication system that enables the driver to get support when a safety or security issue arises. Skytrains are equipped with a yellow silent alarm strip that alerts staff of a problem when pressed.  In addition, speakerphones are located near the doors of each car for passengers to get urgent assistance from Skytrain control operators.

Then there are the roving transit police who may sometimes perform checks at stations and even buses or trains.

10. Train and Seabus Stations are Functional at Best

Metro Vancouver’s Skytrain and Seabus stations are clean, simple, and functional.  These are smaller compared to those of busier cities such as London, UK.  So, transfers are less of a challenge.

One thing I would wish for is for the stations to be a bit prettier.  Currently, the stations’ walls and the structures themselves are not decorated.  They do not feature arts, history, or science.  The only pretty stations I have seen so far are Vancouver’s Waterfront Station and Toronto’s Union Station, which are both historical buildings.

I wish they would someday be at par with these stations in Seoul, Stockholm, and London. 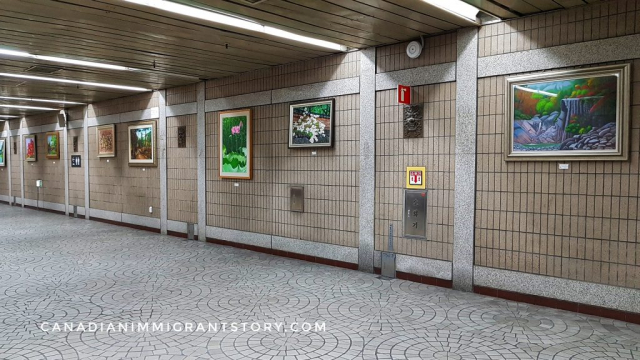 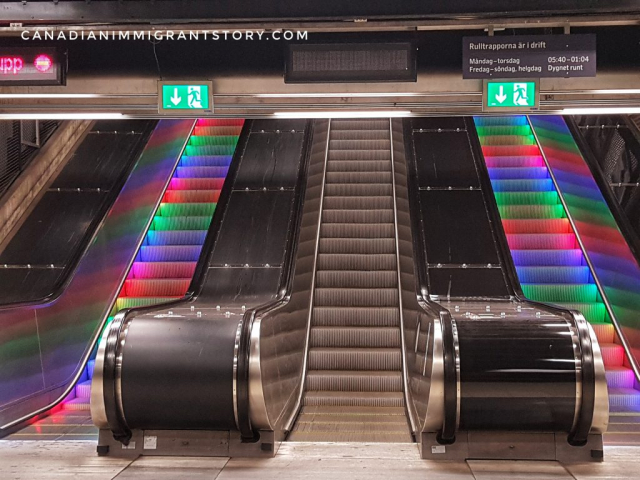 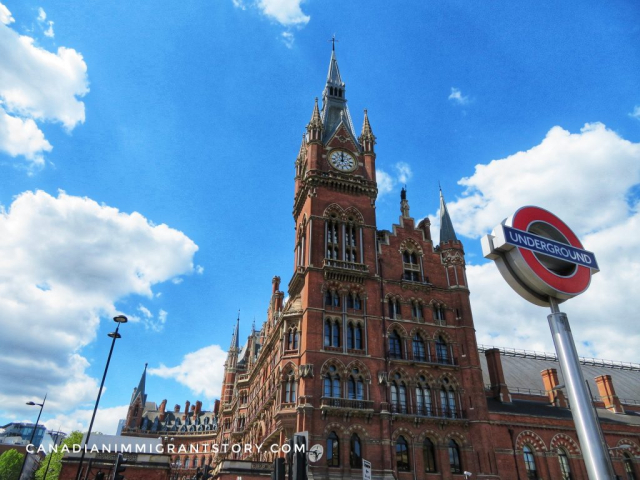 I have been to several countries and have only heard (most) riders greet and thank the drivers in Canada.  This was a pleasant surprise for me. So, I have done my part to continue this awesome practice.

12. Reindeer Buses Give Joy During the Holiday

Some buses are decorated to spread holiday cheer during the Christmas season.  The Reindeer Bus is part of Translink’s Toys for Tots initiative.  This program aims to deliver toys and cash donations from Translink staff to the Lower Mainland Christmas Bureau for distribution to their low-income clients.

I hope these 12 tips and observations prepare you for your adventures in Canada. Enjoy the ride!