Beautiful Vancouver: A City with Many Crowns

The beautiful city of Vancouver wears many crowns.  Its breathtaking backdrop of snow-capped mountains and sparkling blue waters have made it a mainstay in multiple lists of “Most Beautiful Cities in the World.” Its stability, culture and environment, infrastructure, healthcare, and education have allowed it to be named as one of the most livable cities in the world multiple times. Vancouver is also known as Hollywood North due to its popularity as a filming location.

I love this city. Let me tell you why.

Vancouver was incorporated only in 1886 and is, therefore, a very young city. In fact, it is younger and smaller compared to Toronto and Montreal.  But, it is the most populated city and the urban center of Metro Vancouver.

Metro Vancouver is situated on the southwest corner of mainland British Columbia.  It is enveloped on the north by the Coast Mountains, on the west by the Pacific Ocean, on the south by the U.S. border, and on the east by the City of Abbotsford and the municipality of Mission.

Officially, Metro Vancouver is a federation of 21 municipalities, one Electoral Area, and one Treaty First Nation.  However, usage of the term “Metro Vancouver” may vary across industries and may include Squamish, Whistler, Abbotsford, and other adjoining towns and cities.

Vancouver has a moderate climate and is known to be one of the warmest cities in Canada.  Contrary to what some people think, it also snows in Metro Vancouver.  According to the Weather Atlas, it snows for around 10 days per year but rains 192 days per year.  Because of this, the city earned many nicknames such as Raincouver.

I do not usually like rainy days.  It makes me feel lazy and a bit sad.  I also know of some people who feel that they suffer from Seasonal Affective Disorder Syndrome due to the weather.  But when I think about the reasons why it is always raining in Vancouver, I become grateful. Around 25% of the world’s temperate rainforests are in British Columbia.  Plus, the mild (rainy instead of snowy) weather is due to the protection of the gorgeous mountains and calming oceans, which I love.

Based on the 2016 Census, immigrants comprise around 73% of the Vancouver population.  Most immigrants come from Asia, Europe, and the Americas.  Most of Asian immigrants trace their roots to China, India, and the Philippines.

Wikipedia concludes from the same census that 48.6 percent of the population was of European heritage, 2.5 percent was of Indigenous heritage, and 48.9% were of visible minority origin.

Some ethnic groups have formed enclaves in Metro Vancouver.

In Richmond, people of Chinese heritage make up more than 50% of the city’s population.  Richmond looks so much more like China compared to Vancouver’s Chinatown because of the commercial signs printed solely in Chinese characters. Because of this, there were cultural tension and controversy.

North Surrey is said to have one of the highest concentrations of people with Indian ancestry outside India.  The city is home to several gurdwaras (a place of worship and congregation for Sikhs), East Indian-oriented malls, and Indian buffet restaurants.

There are other upcoming, less distinct, or fading enclaves. Unofficial Koreatowns have emerged in Vancouver and Coquitlam. Little Italy can be found in the Commercial Drive area in Vancouver. Greektown in Vancouver’s Kitsilano neighborhood was historically an enclave for Greek immigrants and their descendants.  Japantown or Little Tokyo used to be found in Vancouver but it is no longer a distinct ethnic area.

The beautiful city of Vancouver sits on the unceded territory of the Musqueam, Squamish, and Tsleil-Waututh First Nations.  People who identify with First Nations, Métis, or Inuit communities also call it home.

As someone who was born and raised in Asia, I do not consider Metro Vancouver – or the entire Canada – a shopping haven.  In key cities in the Philippines, there are so many big malls sitting side by side.  Here, you have to drive or commute if you want to mall-hop.  Plus, the sales tax and other charges make shopping in Canada quite expensive.  I also feel that most items look similar with different brand names attached to them.

However, if you are into designer items, then you are in luck.  There are designer outlets in Metro Vancouver such as McArthurGlen and Tsawwassen Mills.  You will find brands such as Nike, Coach, and Kate Spade at more affordable prices in these outlets.  As expected, these outlets are extremely popular during Boxing Day and Black Friday. So, it is important to pre-plan, strategize, and be patient when shopping in outlets during these days.

I like purchasing unique accents for myself and my home.  Luckily, there are numerous talented Canadian Indigenous artists around the city.  If you are like me, their beautiful prints, unique carvings, and distinct jewelry will make you happy.

Metro Vancouver’s food scene is amazing.  Due to its geography, Vancouver is famous for its fresh, local seafood especially Salmon, Halibut, Sablefish, and prawns.

The unending multicultural options make this food heaven even more beautiful.  This is enabled by the ethnic enclaves. For example, Richmond is known to be the best place to eat Chinese food in North America.  Kevin Kwan, the author of Crazy Rich Asians, was quoted as saying that Richmond has the best Cantonese and Mandarin restaurants in North America.

Fun Things To Do

Beautiful Vancouver also holds the crown as one of the healthiest cities in the world. Health and fitness enthusiasts never run out of things to do on land, sea, and sky.  When I was new to Canada, I was surprised to see people running even when it was raining.  Then there’s hockey and other indoor activities that people can do year-round.  However, most activities are seasonal. 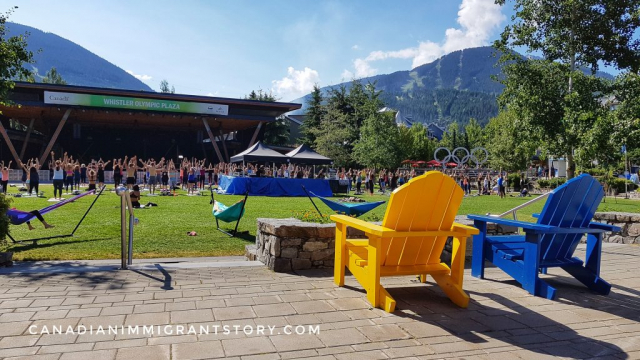 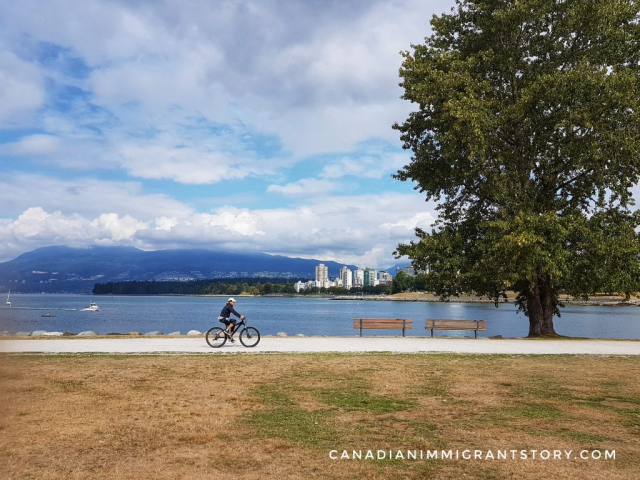 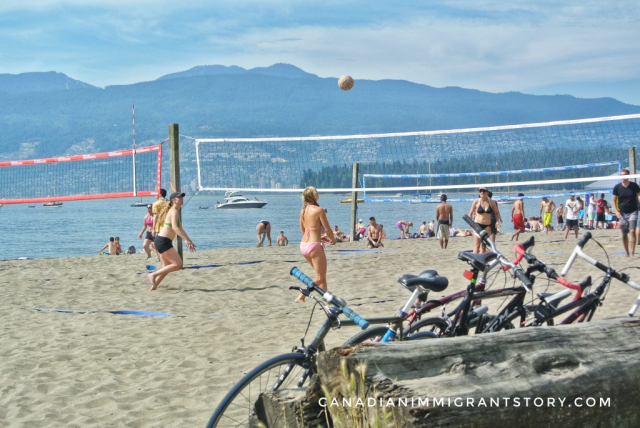 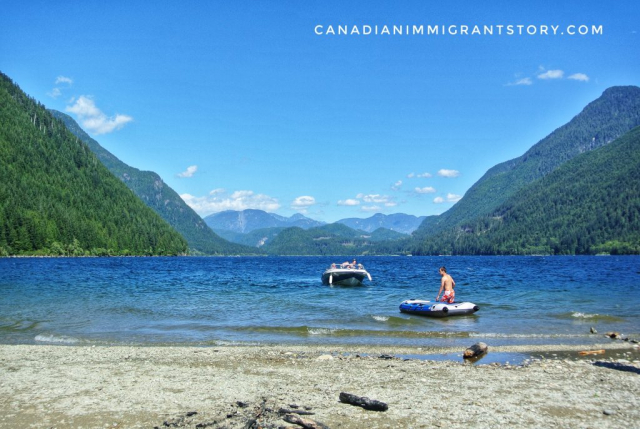 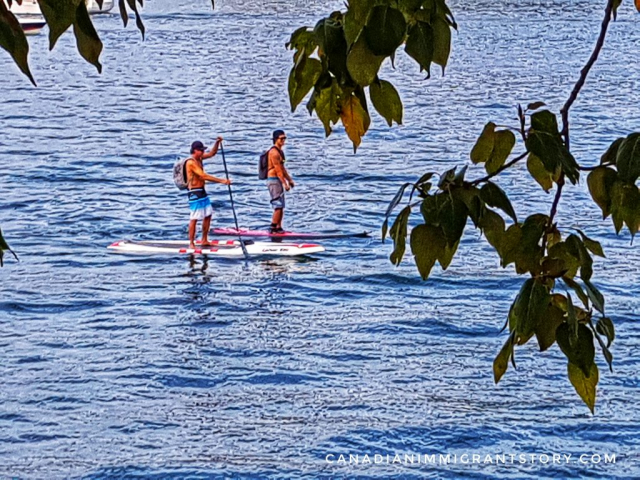 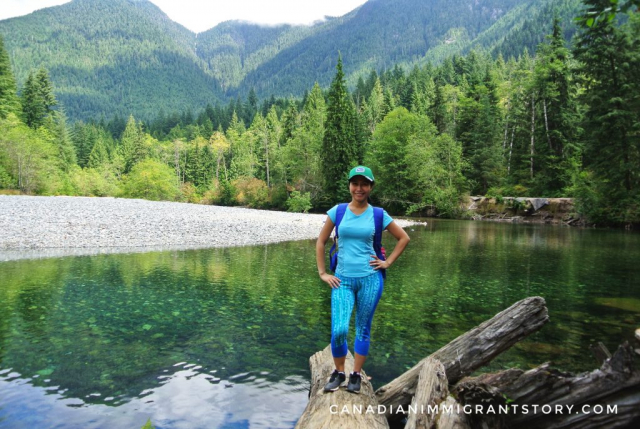 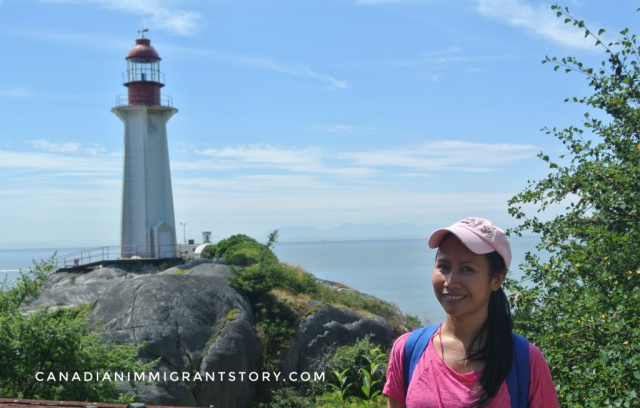 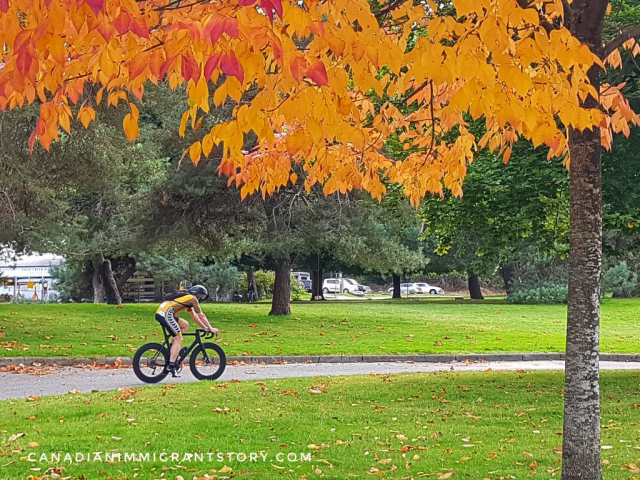 During the summer season, swimming, kayaking, canoeing, and dragon boating are popular activities.  Other group sports such as soccer and beach volleyball are likewise common.  Biking and rollerblading are favorite activities in areas such as the Stanley Park.  Among all these, I believe that hiking is the most popular summer outdoor activity for people who want to stay active.  This is because British Columbia offers many world-renowned hiking trails for all levels.

During the winter season, locals and tourists enjoy skiing, snowboarding, and snowshoeing in ski resorts.  Tubing is also a fun activity for those who are less adventurous.

Here are a couple of fun facts: The ski resort town of Whistler hosted the 2010 Winter Olympics.  Grouse Mountain appeared in many films and TV shows such as MacGyver, The X-Files, and Arrow. 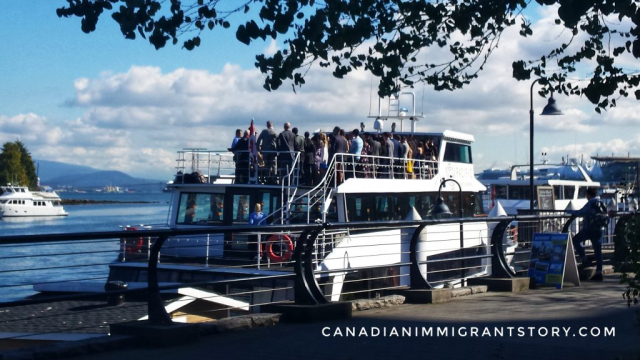 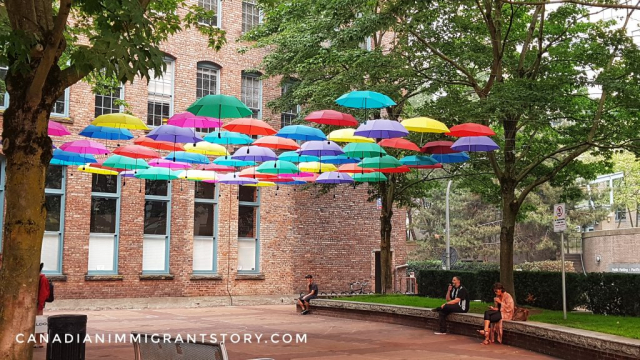 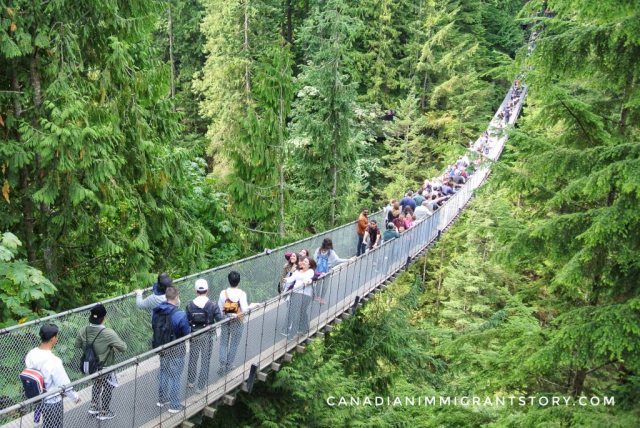 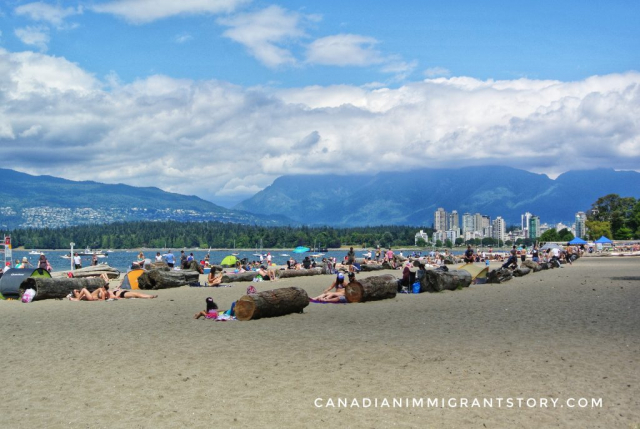 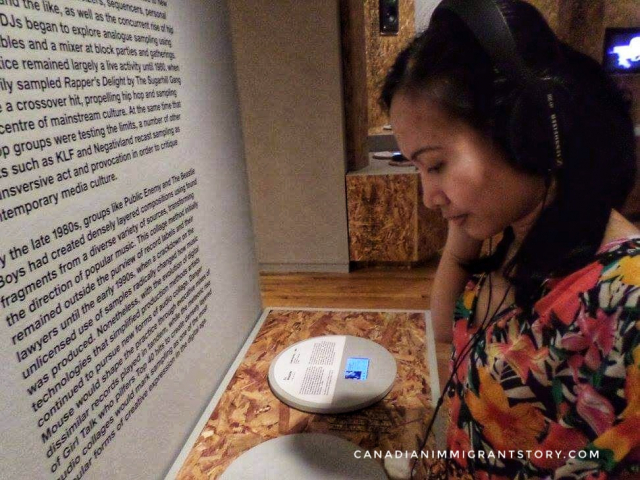 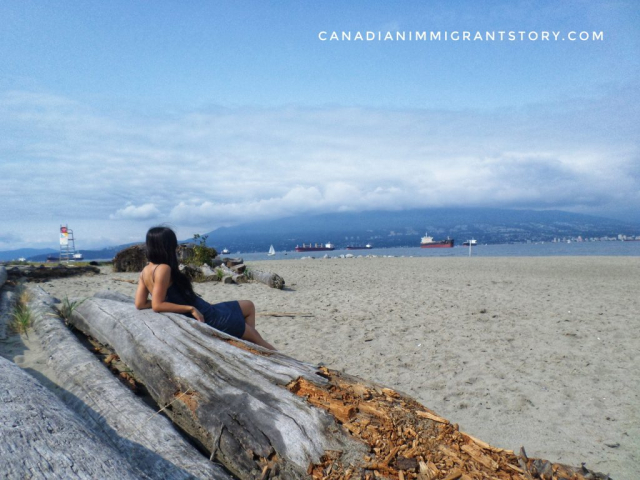 Metro Vancouver is a great place to relax.  If you want to momentarily disconnect from the hustle and bustle of everyday life, you can go camping or on a picnic in one of the many provincial parks.  You can also enjoy whale watching, bird watching, or spawning Salmon viewing.  Since it is always raining in Vancouver, people go outdoors during sunny days to sunbathe or simply enjoy beautiful Vancouver.

If you get tired of the outdoors, you can visit one of the many museums and art galleries in the Metro. 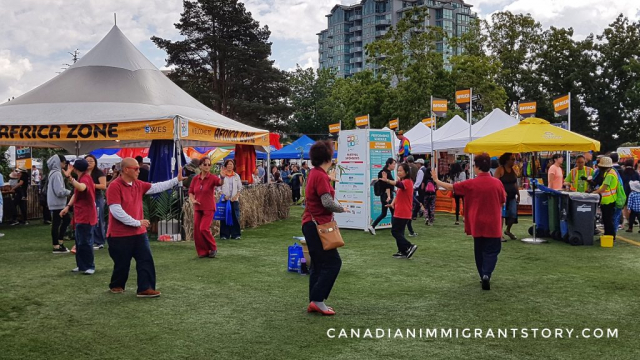 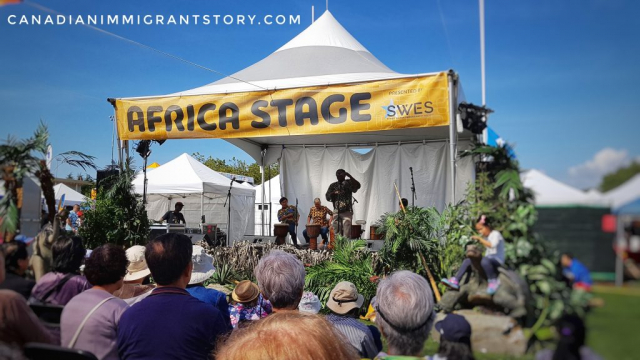 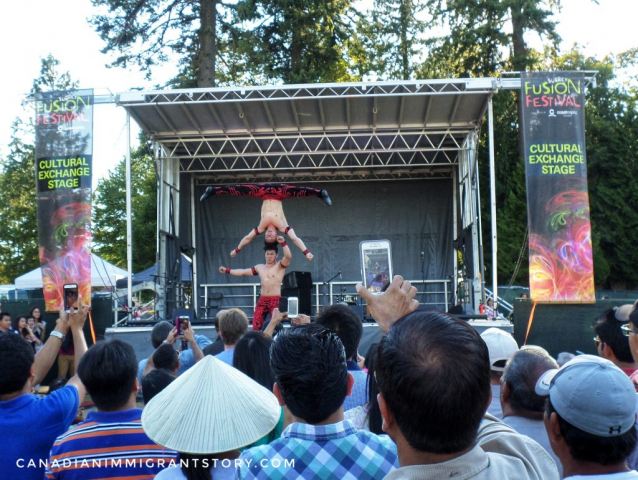 I enjoy attending multicultural events, watching parades, and joining festivals.  There are many fun events around Metro Vancouver such as the Fusion Fest in Surrey, Canada Day Parade and Fireworks in Vancouver, World Festival in Richmond, Caribbean Days in North Vancouver, and Pinoy Fiesta in Vancouver. Click here for more festivals and events photos.

Since Vancouver is a popular film destination, you may try to go “stargazing” or visit popular shooting locations.

As mentioned, Vancouver is called Hollywood North. The film and television industry, as well as related occupations, is big in Vancouver. Other major industries in Metro Vancouver are international trade, tourism, and manufacturing.

The Port of Metro Vancouver enables international trade and commerce.  This is the largest port in Canada and the third-largest port in North America by tonnes of cargo.  It facilitates trade between Canada and hundreds of countries.

Because of its gorgeous backdrop and unending array of activities, Metro Vancouver is an ideal tourist destination.

The diverse manufacturing sector is a key economic driver in British Columbia’s economy. According to Beer Me BC, BC is a leader in North America’s craft beer scene. Further, areas like Port Moody, East Vancouver, and North Vancouver have as many as 10+ breweries located within walking distance of each other. The Wine Growers British Columbia society shares that the BC wine industry contributes $2.8 billion annually to the province’s economy. Also, BC’s wineries welcome more than 1,000,000 visitors each year.

Vancouver is an expensive place to live in.  It tops the list of most expensive cities in Canada with Toronto.  But as expected, the further you are from the urban centre, the more affordable the total cost of living is.

Despite the high cost of living, Metro Vancouver remains one of the most popular destinations for immigrants.  This is because of the multiple crowns that the city proudly wears.

Come and fall in love with Vancouver the way that I did.